Can we ecologize Toronto’s green lands and watersheds? Can we enhance access and inclusion of cultural uses of our parks, common places and spaces? How might we recover, restore, reimagine or rewild Toronto’s public lands?

Toronto’s urban planning team has been comprehensively revising its downtown planning – the DwD engagement held a session to cocreate citizen proposals for the Toronto Parks and Public Realm Plan as part of TOcore: Planning Downtown. 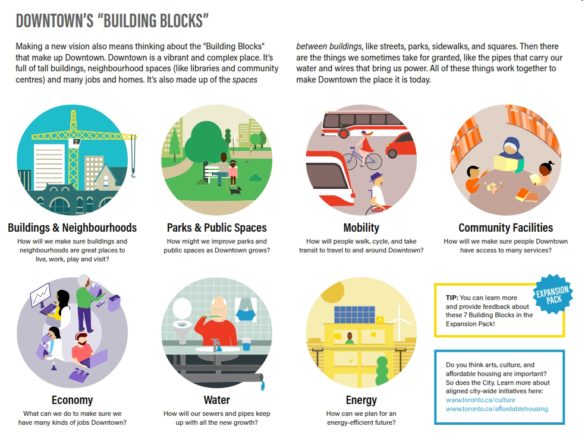 Unify Toronto Dialogues held its October session with the TOCore team, voicing indigenous perspectives on decolonizing the common lands and stewarding ecological restoration.  Following a presentation on the city’s regional public lands plan, over a dozen indigenous community members spoke up with visions and concerns for:

The live sketch (thanks Patricia) shows one of the maps of discussion and questions raised by particpants during this session. 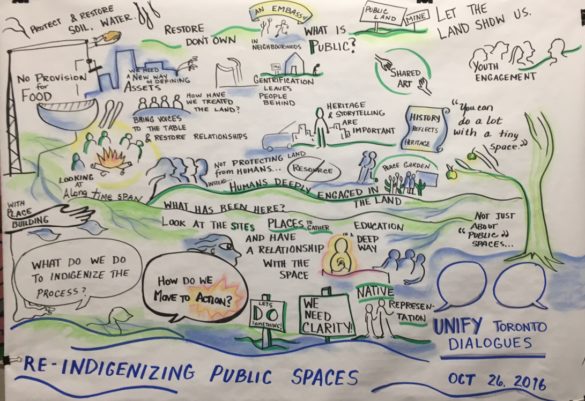