A recent student project in Strategic Foresight & Innovation proposed a system design for new modes of learning for disadvantaged youth in the GTA.  They presented their altSPACES study as a visual story of the social system, with a participatory design dialogue to engage further into these possibilities. 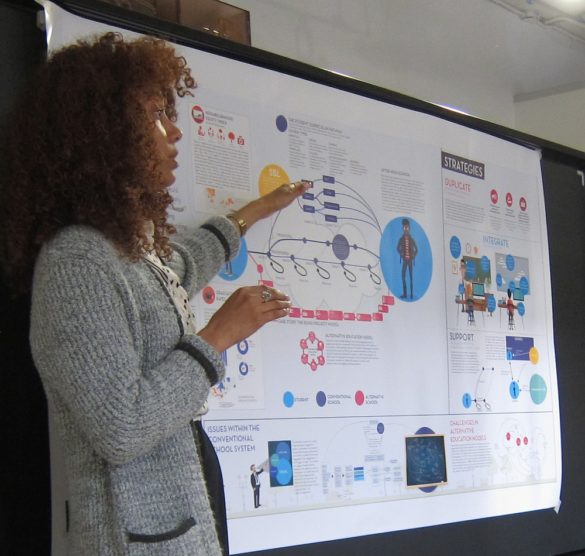 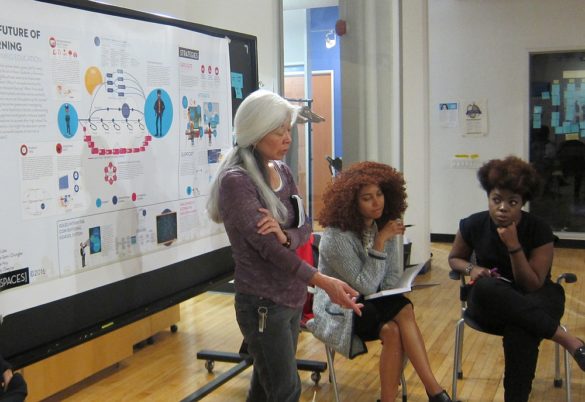 Ayomide fondly known as Aday is a designer and engineer with a commitment to user-centered design and flair for project development. Her mission is to inspire growth using design principles. Aday is currently completing her MDes in the SFI program. Prior to SFI, Aday crafted her particular expertise in liaising with multiple Project Managers and project teams, managing multimedia projects, and contributing to the design of the web and print media components.

Jade Lee Hoy is a curious wanderer whose cross-sectoral and international experiences allow for a unique creative perspective. Her work often manifests itself through the creation of spaces, whether it be public space, the creation of a new arts centre, or large scale space activations. She is an active advocate for the power of arts and culture and believes in its ability to make change. She is passionate about building meaningful and innovative partnerships across sectors and cultures. Jade has worked on large scale projects such as the Pan Am Path, Manifesto Community Projects and Festival, and the City of Toronto’s Cultural Hot Spot. Current projects include Dais (new Bell Media film hub), Intent city (summer works festival), and the Lowline (worlds first underground park).