August’s DwD was led by Michael Jones with an exploration of placemaking in Toronto. Ideas from his latest book, The Soul of Place: Reimagining Leadership through Nature, Art and Community, was shared in the context of an active dialogue and workshops around the themes of the book. Prominent themes in the dialogue were the experience of beauty in place, how the soul of a place is discovered, how and whether Toronto has an ethic or soul. Rather than “answer” these as questions, the group of about 25 shared everyday, yet extraordinary perspectives that helped each discover new value, wonder and hope within the experience of the city itself. From the book: 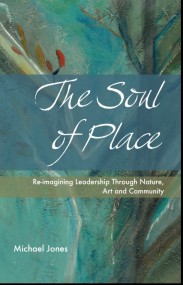 igner is like and anthropologist who listens to what the community wants from its public spaces. As such, design literacy is rooted not only in academic or design school environments, but in living environments, neighborhoods, and communities – any place where the integration of our mythic life is common to all and where the integration of art, beauty and functionality serve as our “schools for life.”

Re-generating the Commons.  How might we move beyond mid-stream strategic and tactical conversations? Too often they simply involve rearranging business as usual, and don’t get to the heart or the ethos of what really matters and so nothing fundamental changes in how we uniquely see and experience our world.

To see and to truly make visible the hidden potential involves gathering together in ways that may bring about shifts of mind. We can achieve this through asking questions about destiny and divine purpose, about roots and legacy and about how the seeds of our future can be found nested in the historic significance of the stories from our past.

Conversations regarding destiny and regenerating the commons and health of the whole naturally involve thinking like artists, designers and storytellers or ecologists. It is through the evocative power of a living language that we can shift the predominant paradigm from problem solving to pattern thinking and our predominant focus from a sustainable to a thrivable city.   Seeing the soul of the city as an energy system and a space not only for commerce but as a communion of gifts and a space for life will be our new paradigm for the future.

Jones touches on the four archetypes for leadership conversations about place, which all have roles in “designing place:”

Patricia’s sketch of the plenary circle revealed the themes raised in reflective dialogue:

These include, among others:

We have an ongoing need for conversations about restoring the health of the polis and commons,of place and place-making, and in so doing regenerating the soul of the city. To be regenerative is to make the invisible visible – this includes making visible the places of the heart and the ethos defining character or tone of the city including its sense of self, its transformative potential and its special uniqueness. The conversation has been continuing with other participants, such as Marsha Skain’s post on her website: Place-making: Where do we see Beauty in the city?

The Soul of Place website.  Buy the book ($15) at Friesen Press.

About the Host
Michael is a leadership educator, dialogue facilitator, writer and Juno-nominated pianist/composer.  His most recent book, The Soul of Place, is the third in a series on Re-imagining Leadership.  Others in the series include Artful Leadership and the award-winning Creating an Imaginative Life. 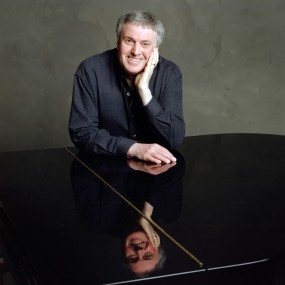 Michael has also been a thought leader with the MIT Dialogue Project and Dialogos and other prominent leading edge universities and centres. He has co-chaired several place-based initiatives and spoken on the leader’s emerging role as placemaker in a variety of forums including The Authentic Leadership in Action Conferences (ALIA), The Society for Organizational  Learning (SoL) and many others.

As a pianist/composer Michael has composed and recorded fifteen CD’s of his original piano compositions and performed as a solo pianist across North America  as well as Korea and Japan.  He has been integrating his music in his leadership and dialogue work for over twenty years. See www.pianoscapes.com to learn more about Michael and his work.